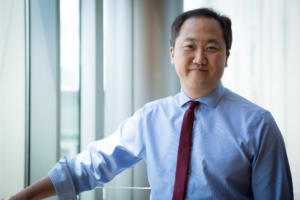 Charles Lee, Ph.D., FACMG, is Scientific Director and Professor at The Jackson Laboratory for Genomic Medicine (JAX) and a Fellow of the American College of Medical Genetics. MetroHartford Alliance Content Manager Nan Price spoke with Dr. Lee about JAX’s contribution to technology and sciences in Connecticut and how JAX is involved with testing and contributing to COVID-19 vaccine and treatment research.

NAN PRICE: Tell us a little about your background.

CHARLES LEE: I’m a human geneticist. Before coming to The Jackson Laboratory, I was a faculty member at Harvard Medical School. I also spent part of my time there as a director in the Clinical Cytogenetic Diagnostic Lab at Brigham and Women’s Hospital. That background benefited me when the COVID-19 pandemic started, because I had background training in laboratory genetic diagnostics.

NAN: What type of research takes place at JAX?

CHARLES: At JAX’s genomic medicine facility in Farmington, we have about 500 employees who are focused on creating genomic solutions for human health. The JAX headquarters in Bar Harbor, ME is grounded in more than 90 years of mouse genetics, using mice to model human diseases. The creation of the JAX facility here in Connecticut complements the mammalian genetics expertise we have in Maine, enabling the two campuses to collectively focus on discovering the genomic causes of human disease and developing individualized diagnostics, treatments, and cures.

When we started here, we had a clean slate. We were building an institute from scratch, so we had an opportunity to be strategic about our vision for the institution from its inception. We thought a lot about the areas of scientific expertise and interest we wanted to focus on. We considered the current and anticipated impact of the various scientific subspecialties in medicine, as well as the potential spin-off opportunities.

This led us to focus on four scientific subspecialties for our research: human genetics, immunology, cancer, and the microbiome; with considerable emphasis on building up the technological and computational aspects of these scientific areas. Indeed, our presence in the state establishes a critical mass of fantastic genomic research that is occurring between us and institutions such as the University of Connecticut and Yale University.

NAN: Speaking of tests, in what ways is JAX helping with the COVID-19 pandemic?

CHARLES: When the pandemic hit in late January 2020, the Centers for Disease Control and Prevention (CDC) mandated that all samples requiring SARS-CoV-2 testing had to be shipped to the CDC facility in Atlanta for that testing. For clinicians who understand infectious diseases and diagnostic testing, we knew that could not be sustained and wasn’t a long-term solution. Countless numbers of organizations running diagnostic labs around the country, including JAX, offered to help set up SARS-CoV-2 testing in their districts, but each of us were told not to.

It was very frustrating because we wanted to help. After about six weeks of back and forth with federal regulatory agencies, The Jackson Laboratory President and CEO Ed Liu, Vice President External and Government Affairs LuAnn Ballesteros, and I made an appointment to see Governor Lamont. We presented him with our idea to get SARS-CoV-2 testing up and running in our clinical diagnostic laboratory at JAX Genomic Medicine. Minutes into the meeting, we were told, “Yes, we need your help.” At that point, it was like the emergency light had gone on and it was all hands on deck.

NAN: What was the timeframe?

CHARLES: It typically takes several months to set up a new diagnostic test because there are a lot of steps in that process including licensing, validation, and so forth. With the support of the state, something that would have normally taken three months or longer was successfully accomplished in just two weeks.

When we launched the SARS-CoV-2 testing here the week of March 23, we were running about 200 tests per week. That number has continued to ramp up and we’re now currently running about 32,000 tests a week, which routinely accounts for about 23% of all SARS-CoV-2 tests in the state.

I’m so pleased that we followed our instincts to reach out to the governor about this issue early on. In addition, it’s been so remarkable to see the state be extremely supportive of not just us, but anyone else trying to conduct testing in the state and keeping people safe. I’ve been very impressed with the governor’s leadership.

NAN: What role does JAX have in developing a COVID-19 vaccine?

CHARLES: Our colleagues in Bar Harbor have been generating mouse models that enable testing of new COVID-19 vaccines. Typical laboratory mice are resistant to the SARS-CoV-2 virus. Their infectivity is very low, so they cannot be used to test vaccines. JAX has a genetically engineered mouse containing the human hACE2 receptor, which scientists believe is the most critical component to allow cells to be infected by the virus.

NAN: So, you’re able to infect mice and then test them.

CHARLES: Exactly. For example, those that are generating vaccines can vaccinate 10 mice, give 10 other mice a placebo, and then expose all 20 mice to the virus, seeing whether the vaccinated mice are resistant to the infection. The demand is high for these mice and we’re shipping them to more than 26 countries for vaccine development purposes. We’re very proud that this is another area where we’re helping combat COVID-19.

NAN: You’ve touched on the advantages of JAX being here in Connecticut. Tell us about some of the collaborations with local organizations and higher education institutions.

CHARLES: I’ve been in Connecticut with JAX for over seven years and I love it here. There’s an incredible level of collegiality here at JAX and throughout Connecticut, which is so conducive to quickly establishing new collaborations. JAX Genomic Medicine is also ideally placed—between an academic hospital that has clinicians who are very passionate about doing great research (UConn Health) and the UConn Technology Innovation Park, where many startup biotech companies are setting up shop and interacting with our scientists.

Some of our faculty hold joint appointments at UConn Health and the UConn School of Medicine including Se-Jin Lee, M.D., Ph.D., Travis Hinson, M.D., and Christine Beck, Ph.D. We also have several research programs at JAX that include collaborations with faculty at UConn Health. For example, one of the projects being led by Jacques Banchereau, Ph.D. is studying the genomics and epigenomics of the elderly response to specific vaccines. Yijun Ruan, Ph.D. has a program investigating how the 3D structure of the genome impacts cell biology and ultimately human health. Finally, Derya Unutmaz, M.D. is running one of three national research centers on myalgic encephalomyelitis/chronic fatigue syndrome (ME/CFS). As for myself, I am co-leading a program with Dr. Brenton Graveley to train the next generation of genomic scientists, equipping them with the tools they need to perform genomic analyses.

We have also developed some exciting scientific collaborations with clinicians at Connecticut Children’s Medical Center (CCMC). Ching Lau, M.D., Ph.D., who is the Medical Director of Hematology-Oncology at CCMC and Professor at JAX, is actively finding new biomarkers in pediatric cancers. Furthermore, hospitals that want to recruit the very best physician-scientists are finding that such individuals want to do cutting-edge research as well as treat patients. This has led to a recent co-hire of a physician-scientist between Hartford Healthcare and JAX Genomic Medicine. My hope is to eventually have physicians and scientists from all the major Connecticut hospitals and higher education institutions working side-by-side with our scientists at JAX. 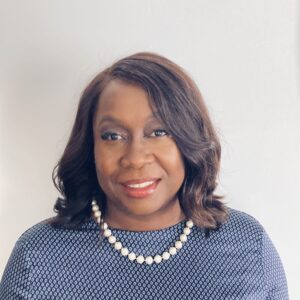 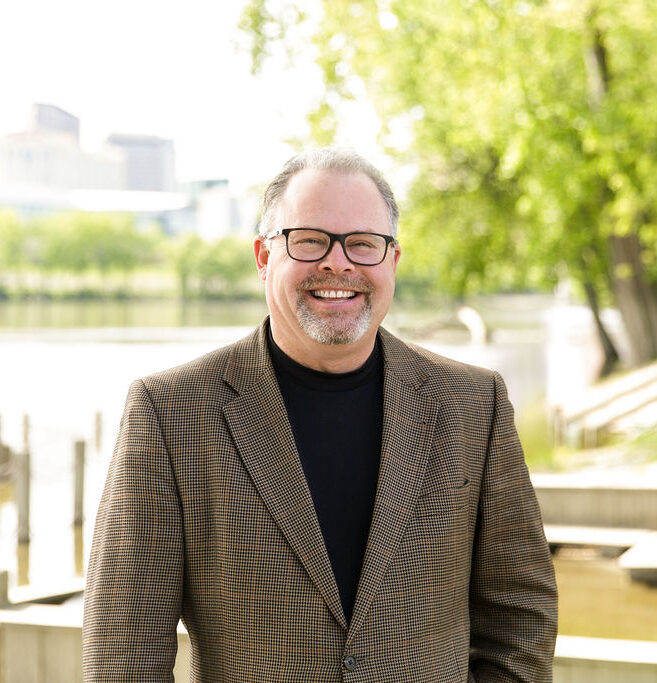 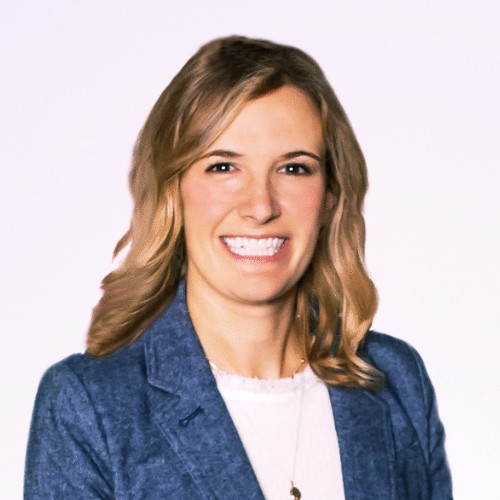